Ottawa’s alt-country rockers have successfully fused hillbilly, country and punk into a heady brew ready for consumption. The band is a tribute to lives littered with broken hearts and bottles, lost weekends, self-loathing and rock and roll. Their music is described as a collection of “alcohol fuelled” “redemption songs written from a sinner’s point of view”, exploring the themes of heaven, hell, devils and angels through the eyes of unrepentant sinners. Formed on a drunken dare in 2007, the band features guitarist-Greg Langille, drummer-Tim Connolly, bassist-Joel Carlson and singer-songwriter Morgan Friend. These veterans of the Canadian indie scene have honed their skills to a sharp edge as members of bands such as Jimmy George, SuperManchu, and the Patsies. Individually they have performed in Canada, the US, Ireland, New Zealand and the UK.

The Bruitals story so far: The Bruitals were born in Ottawa in 2007, but their musical ideas came from multiple continents, and multiple previous bands, including Posterslogan (Ottawa), The Garages of Desire, and Breeze Lorries (Adelaide, Australia), while recent addition Dave Wong is a veteran of too many Ottawa bands to mention. The Bruitals have performed in many of Ottawa’s best-loved venues including The Elmdale, Irene’s, and Zaphod Beeblebrox. In 2012, The Bruitals launched their first ever EP Here come the Bruitals at favourite Ottawa watering hole, the Elmdale Tavern. Here Come the Bruitals was recorded at Little Bullhorn studios, Ottawa, under the steady hand of Dave Draves. Draves masterfully captures the meaty no-nonsense live sound of The Bruitals – while graciously adding his own tasty nuggets of keys and percussion. The EP has enjoyed generous airplay on Ottawa radio station CKCU.

“[Pretty Friends] is a damn fine song by any rock and roll measure. Like the others on the five-song EP… This is rock and roll for grown ups, and to this summer, midway point I’ve heard none better in 2012… four stars out of five”
– Peter Simpson, arts-editor-at-large for The Ottawa Citizen.

Shannon Rose and The Thorns

Shannon Rose enjoys the quiet life – reading, Scrabble, and tea. It’s on stage that she really opens up with her blend of soulful Canadian folk-pop. After graduating with an English degree in Toronto, Shannon moved to Ottawa with her guitarist husband. She assembled a backing band to bring her early bedroom demos to life on her “resplendent debut”, Sing Me A Song. In the past year Shannon Rose & the Thorns recorded four five-song EPs inspired by the Canadian seasons. They received funding from the City of Ottawa for the recordings, and ran a successful crowd-funding campaign to release the songs on their Seasons double CD. Shannon Rose & the Thorns’ soulful folk-pop has been described as “an iron fist in a velvet glove”, and Shannon’s voice a “warm sonic purr” (Ottawa Xpress). They’ve drawn comparisons to Feist, Sarah Harmer and Laura Veirs, and recently released four five-song EPs inspired by the Canadian seasons.

Jack Pine and The Fire

The jack pine is not your average tree. It sheds its seeds within a pinecone, like other pines, but the cone itself remains sealed until its seed is finally set free by the extreme heat of a forest fire. In short, it thrives while everything around it dies. Jack Pine and The Fire, a project of Ottawa singer/songwriter/producer Gareth Auden-Hole, evokes that very same theme of finding direction in chaos. On tape and on stage, the band’s fingers strike acoustic strings with rare power and intensity, weaving intricate rhythms through striking melodies while Jack Pine’s voice, as sweet as it is raw and tattered, soars above the roaring Fire. Their self-titled debut merges the richness of roots music, the twang of old-time country, and the frantic energy of gritty rock as they hammer out a truly unique brand of driving ‘black-skied folk’; the result is a debut release that’s been called “One of the most rockin folk albums of the year!”.

Three chords and a cloud of dust — some bands play like they’re the last rock and roll band on earth. The Bushpilots are one of those bands. Steeped in severe rock and roll tradition and whip smart song writing, with a mission to incite a party everywhere they perform, The Bushpilots proudly wear their influences on their sleeves, paying stylistic homage to artists like The Rolling Stones, Tom Petty, Neil Young, Bruce Springsteen and The Clash. The Bushpilots have been tearing up stages at festivals and clubs alike in Eastern Ontario and Western Quebec since 2002. Their acclaimed debut album, Sonic Scenery was released in 2005 followed by the raucous Fourteen Dollar Motel (2007), the classic Seven Ways to Broadway (2009) and most recently Swerve (2012) “”these guys manage to keep their take on rock fresh and exciting… with a bluesy swing and towering electric guitar sound”. Call it analog rock and roll… kinda like that old dial wall phone hanging in the basement, only louder.

Alaskan is a three piece post-metal band from Ottawa, Ontario that delivers a unique emotionally-driven sound through ambience and aggression. Since the amicable parting with their original vocalist in 2009, they have been working hard to make their mark and introduce their signature sound. The success of their 2010 release, The Weak and the Wounded, generated enough attention to solidify not only a vinyl re-press, but also numerous opportunities, such as two LP releases – 2011’s Adversity; Woe (Sick Man Getting Sick Records) and 2012’s 12” split with Co-Pilot (Treaty Oak Collective) – a European as well as US tour. Alaskan continues to challenge themselves to create a more thought-provoking, depressive, screamo-influenced style of post-metal and are working hard on their next record, which will be released through Moment of Collapse and Alerta Antifascista Records. 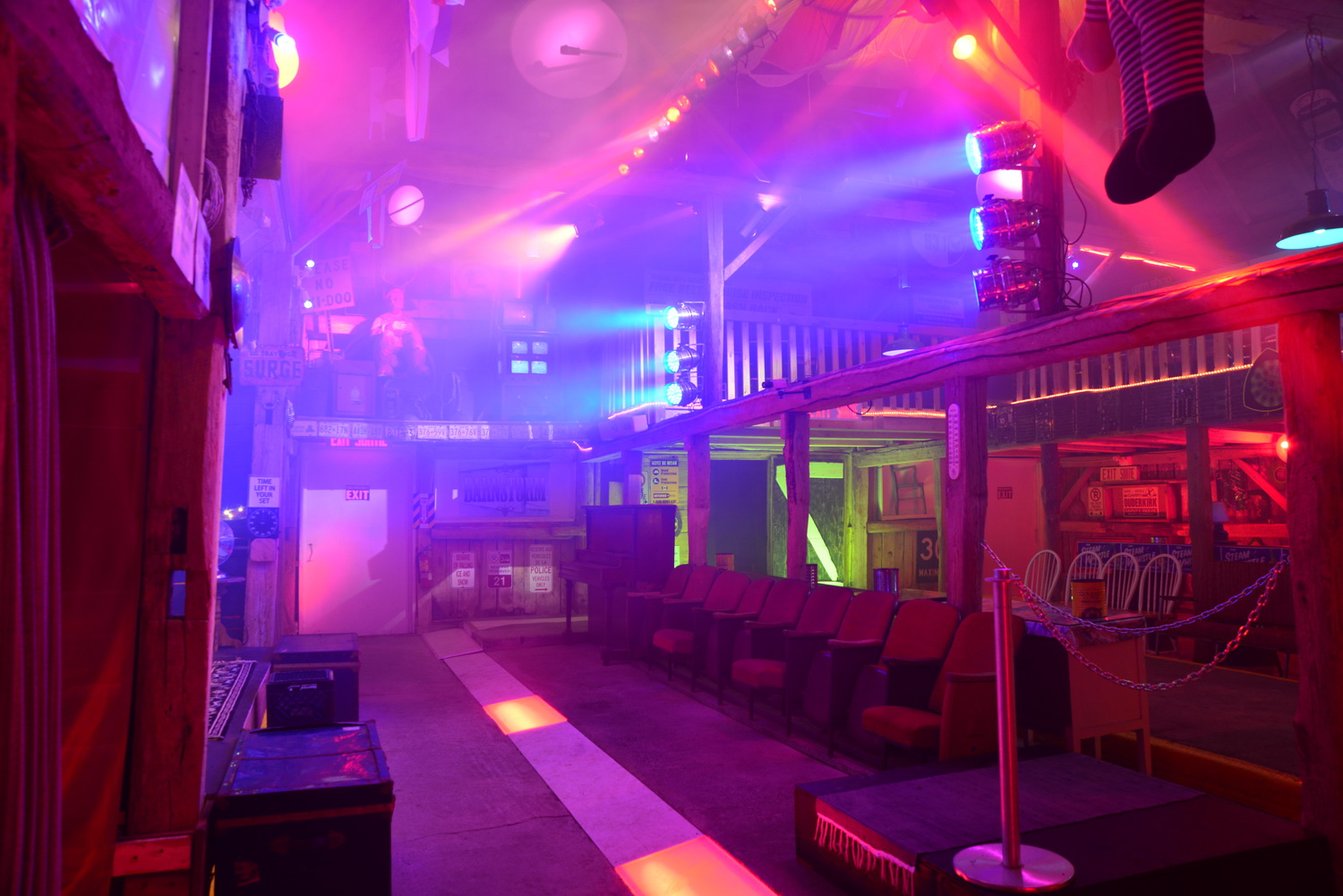 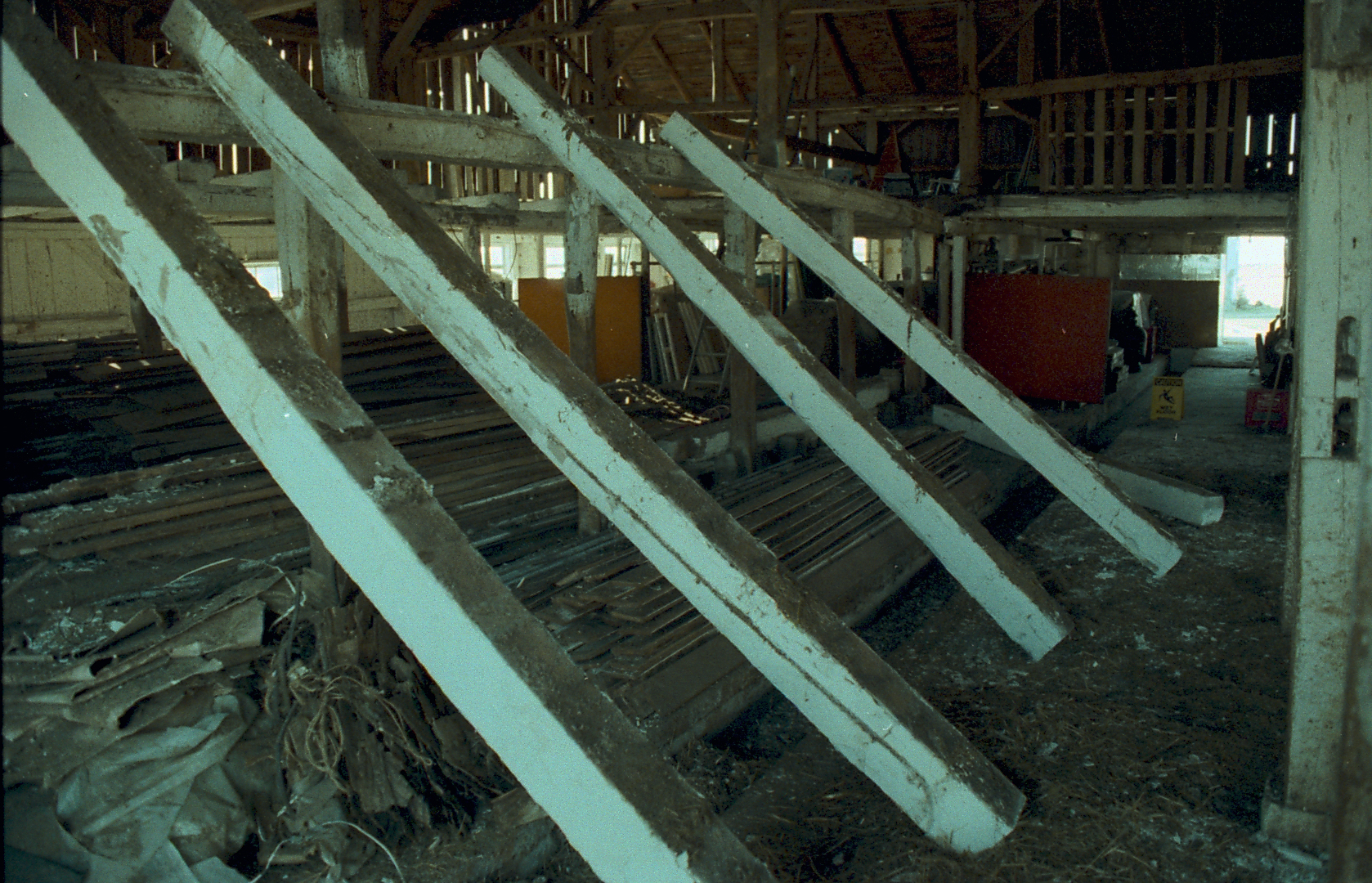 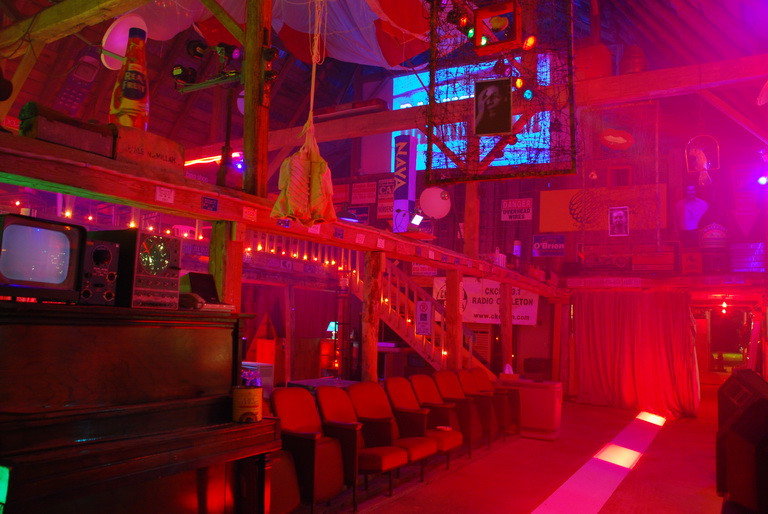 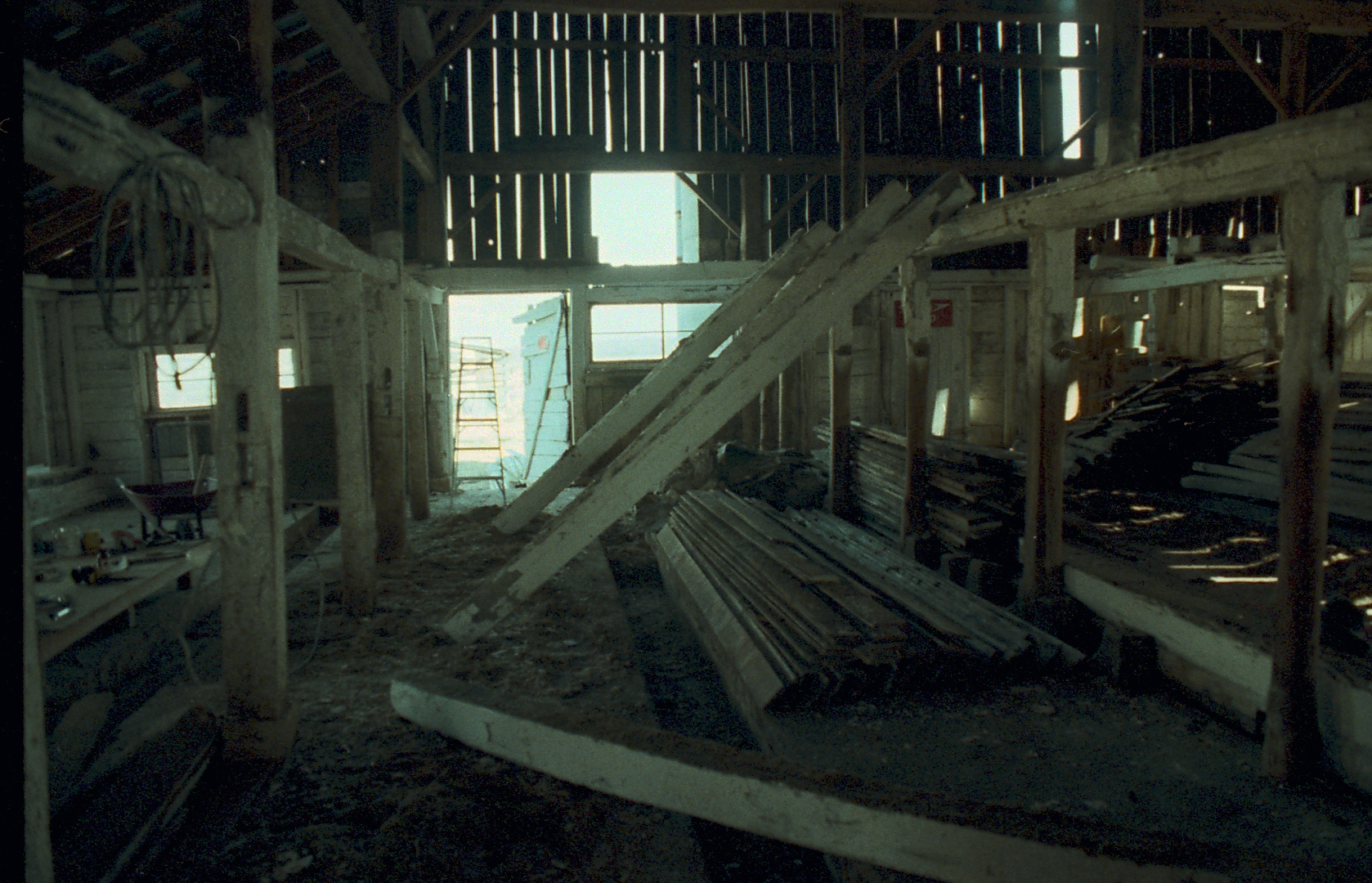 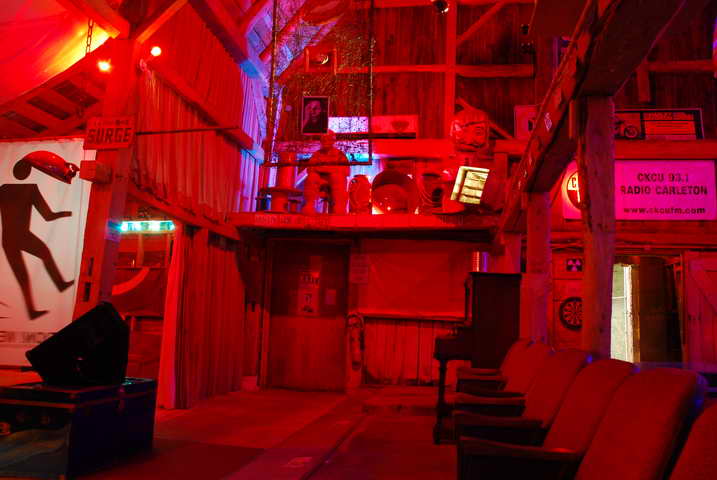 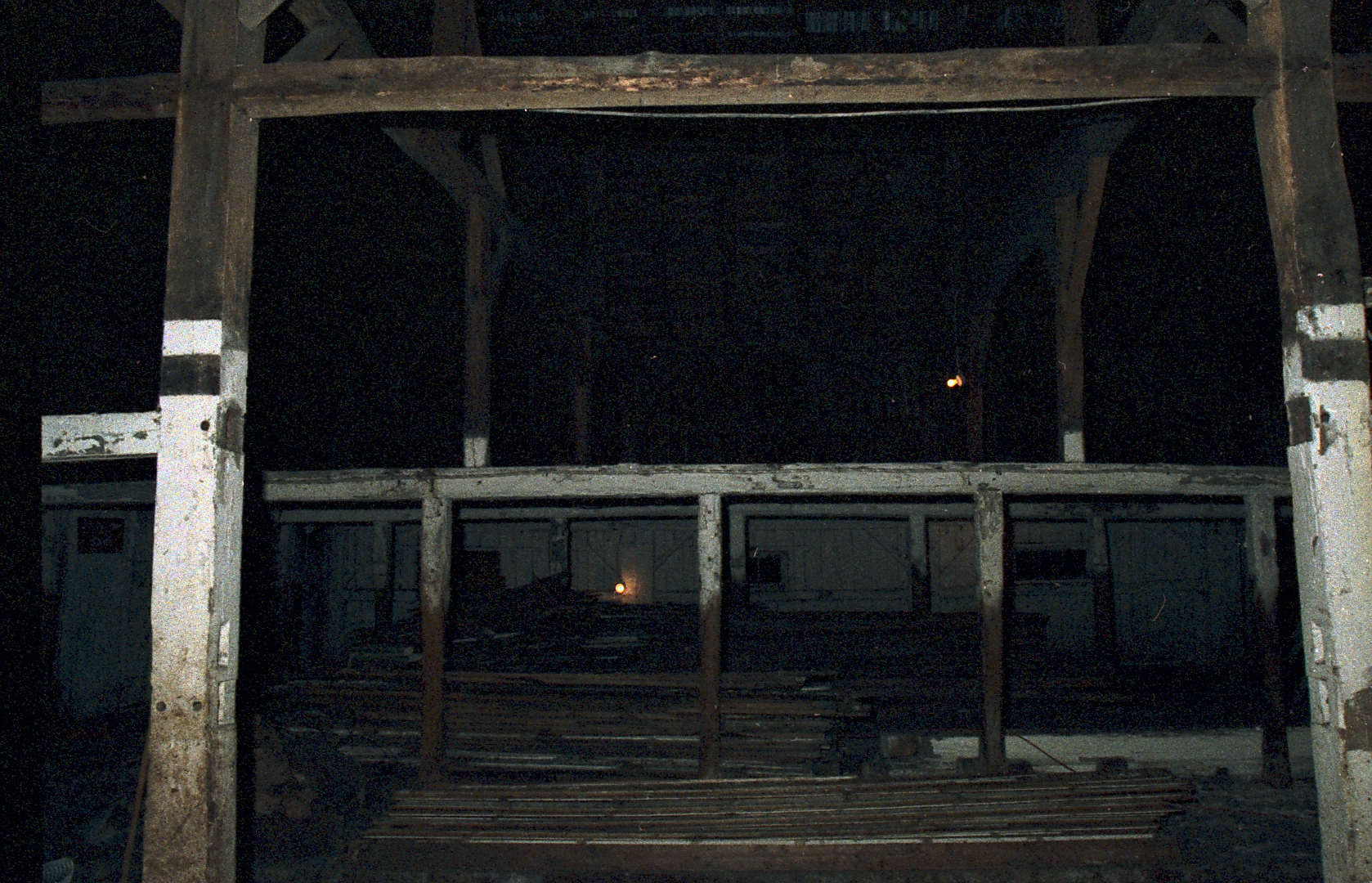 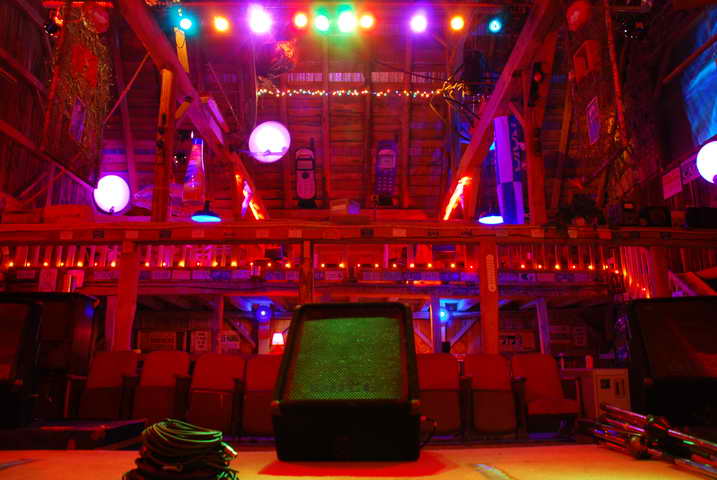